Shedding total body fat is the goal of every bodybuilder getting ready for a competition. The challenge is maintaining muscle size while at the same time stripping the body of all its body fat, without sacrificing hard earned muscle size.

After years of following bodybuilding, I found that the most common belief is that body builders only need 8 to 10 weeks to prepare for a body building competition. Subsequently, very few spend much more than 10 weeks preparing. The rigorous routine of maintaining a strict diet and a hard workout regimen is demanding to say the least. It is like crash dieting with the caveat of having to lose only body fat, while at the same time maintaining muscular size.

For most bodybuilders, the norm is to bulk up in the off season and to gain as much muscle size as possible. Followed by taking 8 to 12 weeks to prep for a competition with the goal of stripping the body of all its body fat, to expose the off-season muscle gains. This means the weight loss of 40 pound or more

This is where most bodybuilders make their mistake, by either dieting too much or not enough, therefore missing their peak condition for the big competition day.

The question is; is the approach of implementing a bulking up phase followed by a trimming down phase the correct way to prepare for bodybuilding competitions?

One person who used a totally different approach to prepare for bodybuilding competition was Canadian Bodybuilding Champion, John Cardillo.

Cardillo developed a rock-hard shredded body unlike other bodybuilders competing at the time by following a totally different preparation program. His contest prep was a minimum of 24 weeks and sometimes as long as 36 weeks. Cardillo’s goal was to first strip the body of all its body fat, so that he was as lean as possible to start his prep at a  fat free base weight.

He broke up his competition prep training into three phases:

Phase 1 Lasted 8 to 12 weeks. The goal was to get down to at least 5% body fat. To achieve this, Cardillo followed his high-intensity(HIT3) workout routine, an aggressive weight training program that he formulated during his climb to winning Canadian body building competitions. It consisted of 3 days of weight workouts per week, and 3 days of HI-intensity cardio. He would decrease his overall caloric intake by fasting 22 hours each day, eating one main meal and one snack between 7 and 9pm each evening.

Cardillo would wakeup at 5am and only drink espresso coffee before starting his workout at 7am. BY this time, the 300 grams of carbohydrate rich food that he ingested the evening before would be metabolised to fuel his workout. Throughout the day he would only drink lemon water and coffee. cardillo explained that “

Fasting all day forced my metabolism to draw from my fat storage for energy, resulting in fat loss.”

Phase 2 Lasted 8 to 12 weeks. The goal was to maintain to 5% body fat, while increasing muscle size. During this phase, Cardillo would eliminate the high intensity cardio workouts from his regimen in order to allow his body more time to recuperate between the HIT3 workouts. Recuperation was key to adding muscle size

Carbohydrates were increased to 500-650 grams a day in order to insure that maximum energy was available for the HIT3 workouts. Fats were kept to a minimum, only eating essential fats found in olive oil, avocados, salmon and nuts.

Phase 3 Lasted 8 to 12 weeks. Cardillo’s goal was to retain the muscle size gained in phase 2, while slowly bringing his body fat down to 2%. During this phase, Cardillo trained with even greater intensity, using heavier weights and pushing himself to failure in every set or every exercise. He also implemented more negative repetitions at the end of every set with static holds. This created deeper cuts in every body part, bringing out muscle striations and muscular detail. He continued with his 22 hour a day fasting, while in his 2 hour eating window he reduced his carbohydrate intake depending on the level of conditioning he was at. Some days, taking in 600 grams of carbohydrates while other days, eating less than 100 grams. Cardillos theor was, “ As I zeroed in on ym best conditioning, I would modify y carbohydrate intake to feed my workout energy needs. Making sure that I didn’t over eat carbohydrates which would be stored as fat”

He worked his whole body once per week, split into 3 workouts a week and also added outdoor running 3 times per week.

The Key to this phase was the fasting, whereby he fasted for 22 hours each day and limited his food intake to one and half meals, between 7:00 and 9:00 PM each evening. Cardillo says “fasting was key to achieving my best conditioning during the last phase of my prep”. In addition to limiting his food intake, Cardillo combined 3 days a week of outdoor running to his HIT3 workout program to get his physique as rock hard as possible. As Cardillo explains “The running made my whole body look harder and chiseled”

If you are a body builder and you are trying to take your conditioning to the next level, trying Cardillo’s method may be just what you need.

All You Need To Know About Missing Teeth 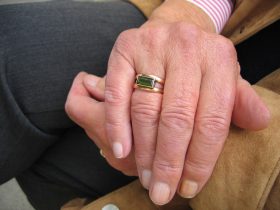 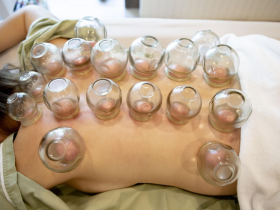